THE HISTORY OF WILSON MEMORIAL UMC

In the early forties, a group of pioneers from the community known as 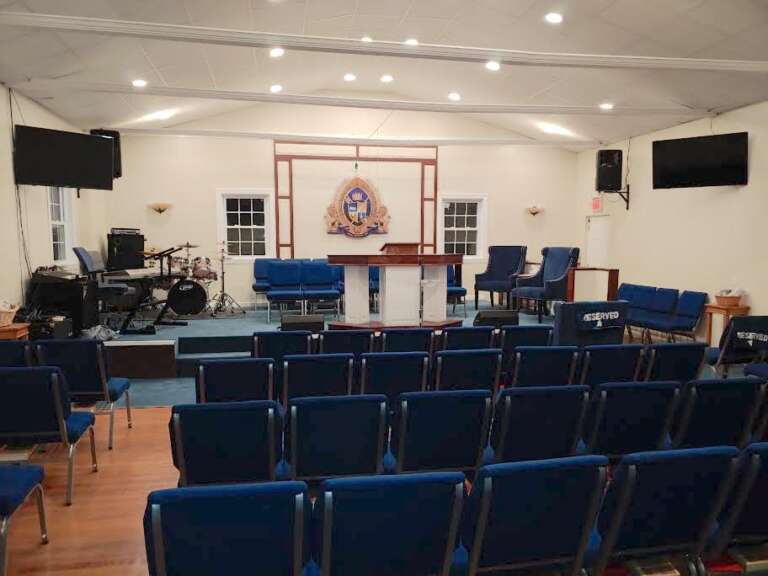 Although small in number, these saints had a deep and unwavering trust and belief in God.  During this time, these individuals were members of Mt. Tabor UMC, in Chesterfield, MD. However, they saw a tremendous need to have a church in the Conway Community, resulting in them seeking a means to put their visions into action.

By the year1953, these individuals were under the leadership of Rev. Thomas Robinson, who was also the Pastor of Union Memorial United Methodist Church, Davidsonville, MD.  Rev. Robinson also emphasized the need of a church in the Conway Community. He encouraged the group to contact Dr. F.J. Frye, who was the District Superintendent at the time.  The group expressed their desire to build in the community and Dr. Frye informed them that they would have to unite with another church. The merger took place, and thus became the Union Memorial/Wilson Memorial Charge.

In that same year, the group also inquired about purchasing land to build an edifice. The leaders approached Thomas Dorsey, a small business owner in the community who was willing to sell them the land needed to build.  The group then contacted Mr. Wayson, of the Annapolis Bank, who agreed to build the church for $13,500.00 and install the heating system for $2,428.00….and the rest as they say, is History!

Many activities took place such as pledges, basket sales, socials, revivals and camp meetings, to raise the much-needed funds for the building project. During these events, you were sure to see James Queen, Robert Howard, Samuel Greenleaf, and many others in attendance.  These individuals faithfully held regular worship service at the restaurant of Thomas Dorsey until the church basement was complete. In1954, the present edifice was erected. These accomplishments were made possible by the leadership of the late Rev. Thomas Robinson, Rev. F.J. Frye, as well as the faith, determination and unwavering efforts of a few devoted saints, who paved the way, leaving an awesome legacy, which continues to bless us today

WE EXIST TO INTRODUCE PEOPLE TO JESUS AND HELP THEM FOLLOW HIM.